A PHP Error was encountered

Message: Only variable references should be returned by reference

DISNEY’S BEAUTY AND THE BEAST

CELEBRATES ITS 20thANNIVERSARY ON STAGE WITH THE FIRST-EVER INTERNATIONAL TOUR

In celebration of Disney’s Beauty and the Beast’s 20th anniversary on the stage, Disney Theatrical Productions, NETworks, Broadway Entertainment Group along with Muangthai Life Assurance, Bangkok Bank, and BEC-Tero Scenarioannounce the first-ever international tour in Thailand. The musical will open atMuangthaiRachadalai Theatre on 24 February and run until 15 March 2015. The international tour of Disney’s Beauty and the Beast will see the show’s original Broadway creative team reuniting to bring this Broadway classic to life. The musical is directed by Rob Roth and choreographed by Matt West, with Costume Design by Ann

Hould‑Ward (Tony Award winner for her work on Disney’s Beauty and the Beast), Lighting Design by Natasha Katz, Scenic Design by Stanley A. Meyer, Sound Design by John Petrafesa Jr. and Music Supervision by Michael Kosarin.

“We are thrilled to be collaborating with NETworks and Broadway Entertainment Group, to launch this first‑ever international tour. To premiere Disney’s Beauty and the Beast in many cities throughout the Middle East and Asia, is a perfect way to celebrate the 20th anniversary of our beloved stage musical,” said Ron Kollen, SeniorVice President, International, Disney Theatrical Productions. Ken Gentry, CEO of NETworks said, “Having toured this production of Beauty and the Beast across the United States and Canada for the past five years, it has been thrilling to see that it continues to excite and make audiences fall in love with the show over and over again! Our relationship with Disney has been so rewarding andwe are looking forward to this new collaboration with Broadway Entertainment Group and bringing this beloved tale to markets outside of North America.”LizKoops, Producer for Broadway Entertainment Group said,“The world of touring entertainment is constantly evolving and we wanted to begin an international circuit to bring top quality entertainment into emerging markets. What better way to start than with one of the world's most beloved and successful musicals, Disney’s Beauty and the Beast.” Based on the 1991 Academy-Award winning animated feature film, Disney’s Beauty and the Beastpremiered on Broadway in 1994, where it was nominated for nine prestigious Tony Awards and ran for 13 years. It still ranks as one of the longest-running and highest‑grossing Broadway shows of all time. Since its debut, the titles visibility and success has expanded globally with subsequent productions produced around the world. Since licensing of the title began in 2004, there have been productions in 22 countries, seen by more than 35 million people, translated into 8 different languages with over 28 thousand performances equivalent to a run of 67 years, generating over $1.7B in revenue. In the US, Disney’s Beauty and the Beast has been licensed to over 6,000 individual theatres including professional, community and school productions. For the past five years, it has been the most performed musical in high schools in the United States. The title’s strength has allowed it to enter international markets with limited traditions of producing Broadway musical theatre. It was the first Disney Theatrical Productions title in countries across Scandinavia, Latin America, Eastern Europe and Russia, among others. In addition to professional productions, Beauty and the Beast is Disney’s most requested title internationally for regional, community and amateur productions. Currently, there are four productions of Disney’s Beauty and the Beast playing around the world including Paris and tours in North America, Japan and Germany. Disney’s Beauty and the Beast is the classic story of Belle, a young woman in a provincial town, and the Beast, who is really a young prince trapped in a spell placed by an enchantress. If the Beast can learn to love and be loved, the curse will end and he will be transformed to his former self. But time is running out. If the Beast does not learn his lesson soon, he and his household will be doomed for all eternity. The musical boasts music by Alan Menken (The Little Mermaid, Aladdin, Tangled) and lyrics by the late Howard Ashman (The Little Mermaid, Aladdin), with additional songs with music by Menken and lyrics by Tim Rice (The Lion King, Jesus ChristSuperstar). The book is written by Linda Woolverton (screenwriter of The Lion King,Alice In Wonderland and the upcoming Maleficent). Tickets for the Bangkok engagement at Muangthai Ratchadalai Theatre go on sale now at all ThaiTicketMajor outlets or log on towww.thaiticketmajor.comor contact: 02 262 3838.Ticket prices are: 1,000/2,000/2,500/3,000/3,500 and 4,000THB. For more information, please log on towww.beautyandthebeastontour.comhttp://bectero.com/concerts-events/beauty-and-the-beast/www.facebook/bectero.com 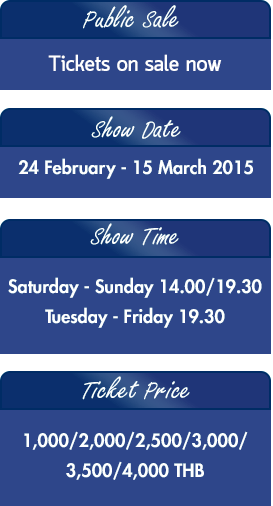 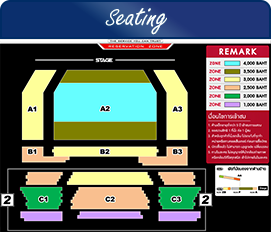 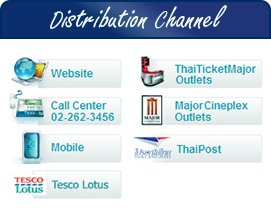 Disney’s BEAUTY AND THE BEAST

BEC-Tero Scenario presents An Exclusive Disney’s Beauty and The Beast Limited Edition Music Box as a special gifts for valued customers who purchase two 4,000 tickets for any performances of the show, which will be stayed from 24 February – 15 March 2015 at Muang Thai Rachadalai Theatre. This promotion is available for online purchases through www.thaiticketmajor.com only in November – December 2014 or while stocks last. Only a limited number of music boxes are available. This offer cannot be used in conjuction with any other promotions. For more information contact ThaiTicketMajor Call Center at 0-2262-3838 and www.thaiticketmajor.com.